“I know it when I see it” describes the current approach to skills-based hiring.

2023 is the first year it will be impossible to imagine education without education technology.

The Alternative To College Is… 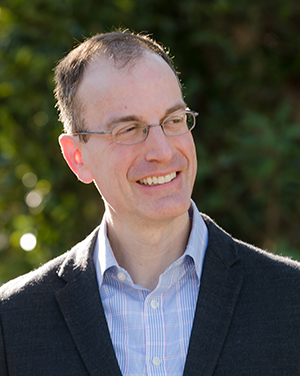 Ryan is a Managing Director at Achieve Partners and University Ventures. Ryan’s commentary on where the puck is going in education and workforce regularly appears in the Gap Letter, Forbes, TechCrunch, Inside Higher Education, Fortune, HR Dive, and VentureBeat, among others. He is the author of A New U: Faster + Cheaper Alternatives to College (Ben Bella, 2018), which describes the critical importance of last-mile training and the emergence of bootcamps, income share programs, staffing and apprenticeship models as preferred pathways to good first digital jobs and was named in the Wall Street Journal as one the Books of the Year for 2018. He is also the author of College Disrupted: The Great Unbundling of Higher Education (Palgrave Macmillan, 2015), which profiles the coming shift toward competency-based education and hiring. Ryan is a co-founder of Apprenticeships for America, a national nonprofit dedicated to scaling apprenticeships across the U.S. economy.

Previously, Ryan led the Education & Training sector at Warburg Pincus where he was the founding Director of Bridgepoint Education, at the time the fastest growing online university in the U.S. His prior experience in online education was at Columbia University. From 2004 to 2010, Ryan founded and built Wellspring, a national network of boarding schools and summer camps for overweight and obese children, adolescents, and young adults. He began his career at McKinsey & Co.

ABOUT THE GAP LETTER

With millions of unfilled jobs, technology skill requirements advancing at a breakneck pace, tens of millions of workers out of position relative to what employers are seeking, and postsecondary education and workforce development systems that have largely refused to budge, we need unprecedented innovation in order to rekindle the American Dream of continued growth and shared opportunity. While traditional colleges and universities must play a leading role, the socioeconomic solutions we need won’t only come from higher education, but from a range of public, not-for-profit, and private actors, and via new pathways that may not be immediately recognizable as education or training.

The biweekly Gap Letter, successor to the UV Letter (2011-18), aspires to keep readers apprised of the latest ideas and developments in higher education and at the intersection of education and employment with a perspective that aims for candid and never boring. Thanks for your consideration.