“It is important to remember that amateurs built the Ark
and it was the professionals that built the Titanic.”
- Dr. Ben Carson

As it relates to goings on in higher education, Ben Carson’s take on amateurs vs. professionals is my favorite snapshot from the campaign so far. Before I explain, please allow a brief digression to present the rest of my top five. You won’t be surprised to find Dr. Carson starring in all of them:

Due to his lack of training in military intelligence, Egyptology, higher education policy, the physics of belt buckles and – above all – politics, Dr. Carson has a vested interest in elevating amateurs at the expense of professionals (including, presumably, medical professionals like himself – for the record, it’s not clear if Carson takes the same position on neurosurgery). Nevertheless, the apparent appeal of such populist positions this election cycle demonstrates that Carson is giving voice to the frustrations of millions of American who are credulous enough to take phone calls from pollsters.

Some have asked whether we’re seeing a similar trend in higher education. Are professionals at colleges and universities taking a backseat while Americans learn from Gentle Ben and other amateurs?

Back in April, LinkedIn spent $1.5B to acquire Lynda.com, a library of more than 5,000 online courses and 250,000 video tutorials on business, technology and creative skills. Udemy is home to over 30,000 amateur courses in 80 languages, including Jimmy Naraine’s top-selling course, Double Your Confidence and Self-Esteem, and reported annual revenue growth of 160% in 2014 and 200% in 2015. (I have a feeling that Ben Carson and Jimmy Naraine share a similar demographic appeal.)

In IT, there’s Pluralsight, offering 3,700 IT courses, where revenue is doubling annually and a planned IPO should value the company over $1B. Finally there’s Udacity which provides IT courses and “nanodegrees” and recently announced both 1,000 nanodegree graduates as well as a financing that valued the company over $1B. These fast-growing companies are convincing millions of Americans that their educational products and programs are a good investment without regard to the involvement of faculty or colleges and universities.

All this begs the question: have we reached amateur hour in higher education?

The answer depends on how we define expertise. College and university faculty are undoubtedly the leading experts in their domains of knowledge, particularly as it pertains to published books and research. Some (but far from all) are also leading experts on effective instruction and assessment.

But few college and university faculty (or programs or departments or schools) can credibly claim expertise as to the competencies employers are seeking in new hires. In this area, companies like Udacity - which builds its nanodegrees with employers like Google - can stake a firmer claim to “expertise.” In fact, virtually any “amateur” provider that is successful in engaging employers in program development and delivery can credibly stake a greater claim to this expertise than even (or especially) our oldest and most prestigious institutions. This leaves colleges and universities in the uncomfortable position of “amateurs” – stewing over comments from the likes of Google’s Senior VP of People Operations (grades in degree programs are “worthless as a criteria for hiring”) and partnering with employer-facing pre-hire training intermediaries like Galvanize or ProSky in order to remain relevant to students.

This is not to say that skyrocketing interest in Udacity and its brethren demonstrates an elevation of amateurs at the expense of experts, Rather it is indicative of a shift in the type of expertise most valued in the postsecondary education market. While faculty expertise on subject matter and instruction is often profound, the value for students is increasingly viewed as abstract or frivolous. In contrast, expertise on the competencies in demand by employers is increasingly viewed as purposeful, dynamic and attractive – both in terms of clarity of interface, as well as providing a full-stack offering.

“We needed more skill in the work force. We turned to colleges and said, ‘You have a new mission.’ Higher education really is a workforce-development system. It doesn’t like to see itself that way.”
- Anthony Carnevale, Director,
Georgetown Center on Education and the Workforce

But you won’t be surprised to learn that the market is moving faster than colleges and universities. Providers like Udacity, Galvanize and ProSky are delivering the type of expertise most valued by students. They are doing this not only by connecting with employers, but also by wrapping themselves in the mantle of workforce development and recognizing that “skills” comprise higher level, executive function capabilities such as critical thinking and problem solving. Colleges and universities that dismiss these providers as limited to vocational skills – the purported “amateurs” of the sector – may have Jimmy Naraine’s confidence, but it’s a false confidence. Given the rough seas ahead, institutions that wish to float like an ark rather than sink like the Titanic should learn from Ben Carson and take a “stab” at connecting with employers.

1. Training-based Pathways to Bachelor’s Degrees New America Foundation report on emerging pathways to bachelor’s degrees that begin with career training programs. Our education policies have created a “Catch-22” for students who need to start their careers before they complete a four-year degree. These students can find higher education programs that will train them for specific occupations but they will have a hard time getting that learning to count toward a bachelor’s degree. And without a bachelor’s degree, they will struggle to advance in their careers and will be more vulnerable during economic downturns. Read more 2. No Value in Associate’s Degrees Chronicle of Higher Education article on study published in Journal of Policy Analysis and Management showing employers have little interest in generic sub-baccalaureate credentials (e.g., associate degrees), by Katherine Mangan. The high-school graduate who everyone said would be sunk without a postsecondary credential was almost as likely to get a call as did someone with [generic] sub-baccalaureate credentials. Read more 3. Uncreative Admissions Scientific American report on how standard college admissions metrics fail to adequately capture increasingly important creative abilities. The SAT does somewhat predict on-the-spot creative thinking, but this analysis does point to the importance of broadening our criteria for college admissions and being more flexible in the weighting of factors if we truly care about predicting lifelong creativity. Read more 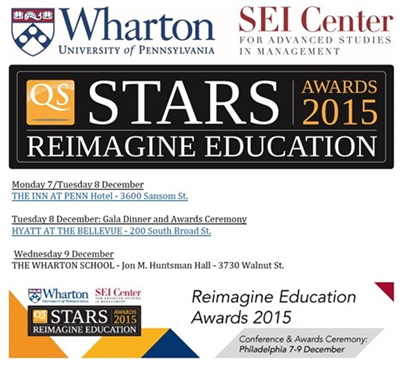