This week marked the fourth annual Education Innovation Summit in Phoenix, Arizona. Originally a small conference that attracted a room full of friends who had been toiling for years to make the education private sector something more than an oxymoron, this year’s Summit expanded to three days and moved on up from Arizona State University to the Phoenician resort. Still it sold out weeks ago, unable to accommodate the more than 1,400 people who wanted to attend.

Anyone who attended this week’s confab would confirm that private sector activity in education has outgrown childhood and entered adolescence. So what kind of adolescence can education entrepreneurs expect? Teenage years are a time of great promise and peril. And to paraphrase Tolstoy, every unhappy teen is unhappy in his or her own way. How best to avoid an unhappy adolescence?

Since we’re educators, let’s look at five archetypal high school students who found themselves in detention one Saturday back in the 80s. 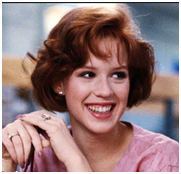 The Princess Quote: “Do you know how popular I am? I'm so popular, everybody loves me so much at this school.”

As Claire Standish (Molly Ringwald) knows, succumbing to peer pressure may make you popular, but it won’t make you happy. This is true for the CEOs of the public companies in postsecondary education. They were once popular princes of earnings. In Phoenix this week, they were either absent, ignored or dismissed as version 1.0 of the education private sector.

Claire Standish’s lesson for the many more private companies in Phoenix: Be true to your school (and your mission). We’re in education, not plastics, because we want to do well by doing good. 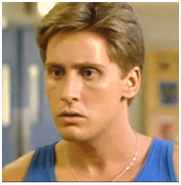 The Athlete Quote: “Everyone's home lives are unsatisfying... If it wasn't, people would live with their parents forever.”

Problem: Tried to impress his father by bullying Larry Lester.

Like Andrew Clark (Emilio Estevez), Shermer High School’s star wrestler, the education private sector is the child of a demanding and often irrational parent: traditional (public and not-for-profit sector) education. Many of us began our careers as teachers or educators at these institutions, and it’s worth pondering how much of our motivation comes from trying to justify our decision to leave home.

There are tens of millions of students who are poorly served by the current education infrastructure. That should be motivation enough. Impure motivations lead to bad decisions (like taping Larry Lester’s buns together) and tears. 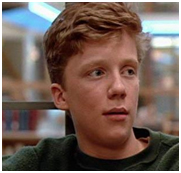 Problem: Couldn’t make a ceramic elephant in shop class and got an F. Thought about killing himself (with a flare gun).

Anthony Michael Hall’s character, Brian Johnson (“Did your mom marry Mr. Rogers?” “Uh, no. Mr. Johnson”) could write a mean essay, but didn’t have the grit or resilience to handle failure. From the Silicon Valley mantra (“fail early and often”), resilience may the most important characteristic of innovators and entrepreneurs.

The education private sector has had its share of failure over the past few years – often exaggerated by politicians, media and regulators in order to score points, but rarely without at least a kernel of truth. Anyone who isn’t prepared to spend the odd Saturday in detention should drop out of Shermer High. 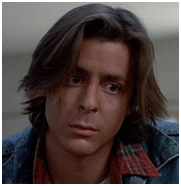 The Criminal Quote: "Does Barry Manilow know you raid his wardrobe?"

John Bender (Judd Nelson) will enjoy eight more Saturdays in detentions from mouthing off to Mr. Vernon. He’s a rebel, probably not so different from the pioneers of the education private sector like John Sperling, founder of Apollo Group, and Chris Whittle, founder of Edison Schools. Like Bender, Sperling and Whittle had ingenious, highly disruptive ideas. Like Bender, Sperling and Whittle received a great deal of attention. Further comparisons (for example, whether, like John Bender, John Sperling stored dope in his locker) will be left to your consideration. But successful education entrepreneurs find a way to channel their rebellious tendencies into creating companies like Apollo and Edison. That’s the only path to this: 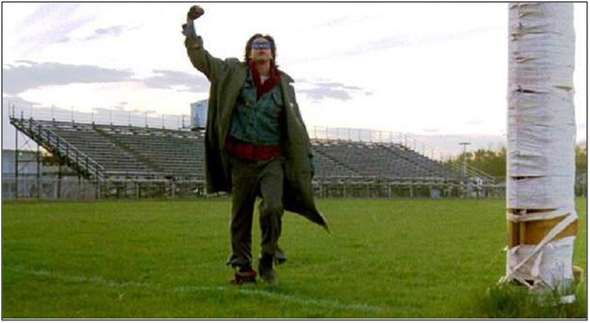 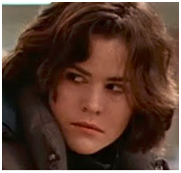 The Basketcase Quote: “I never did it either, I'm not a nymphomaniac...I'm a compulsive liar.”

Allison Reynolds’ (Ally Sheedy) problems become apparent one at a time. Poor nutrition, dandruff, kleptomania, and apparently being a compulsive liar. But it turns out her real problem is she’s afraid to let anyone get close to her.

Education entrepreneurs are strong personalities and it’s hard to subsume ourselves to a collective. But that’s what the education private sector needs at both micro and macro levels. At the micro level, we must leverage effective teams to magnify and focus founders’ visions and then execute on the unparalleled opportunities ahead. At the macro level, we need to come together under the banner of education innovation in order to advance the common cause. If we don’t hang together, we shall surely hang separately. Hence the importance of gatherings like this week’s Arizona Breakfast Club.

“You see us as you want to see us...
in the simplest terms and the most convenient definitions.” - Brian Johnson

The lesson of The Breakfast Club is that all these teens are misunderstood by the world outside the Shermer High library. The same is true of the education private sector. And just like Claire, Andrew, Brian, John and Allison, we’ve allowed ourselves to be misunderstood. What we’re about hasn’t been clear.

It’s time to change this. We should make student outcomes a co-equal objective with financial returns for all our ventures and get our investors and shareholders to buy in to this. This is something we’ve done at University Ventures. Because none of us are simply in the education business. We’re in the business of producing better student outcomes than the current system. And not even Mr. Vernon will stop us.

Growing up is scary, but exhilarating. In another decade when we’re adults (having completed college at a private sector institution, or more likely at a program from a traditional institution developed and delivered by a private sector partner), I hope we’ll not only have avoided these pitfalls, but also that the friendships we’ve made in the process will endure for the rest of our lives.

So even if Allison Reynolds is right when she says “When you grow up, your heart dies,” we can forestall this loss by remembering each other and the passion we all have for what we’re trying to build.

As the song goes: Don’t you. Forget about me.