Beyond Process and Bubblegum: The Future of Accreditation

The wide wide world of sports lost a great man this summer. Roderick Toombs of Saskatoon, Saskatchewan died of a heart attack at the age of 61. Better known as Rowdy Roddy Piper because he played bagpipes and wore a kilt, Rowdy Roddy was my favorite professional wrestler for three reasons:

Rowdy Roddy Piper’s transcendence culminated in his role as the first wrestler-journalist, hosting an interview segment called “Piper’s Pit.” Piper’s Pit wasn’t a typical interview show, asking questions and letting the audience develop a point of view. Instead, Rowdy Roddy would confront his guest and then beat him up. In one famous segment, he threw a wrestler off his set and then glared into the camera: “Just when they think they got the answers, I change the questions.”

No one ever criticized Rowdy Roddy for going easy on his subjects, unlike the accreditors of colleges and universities. It’s been a bad summer for accreditors. In June, the implosion of Corinthian Colleges led to a Senate hearing with awkwardly pertinent questions for Corinthian’s accreditor, ACICS. Then in July, Senator Rubio called accreditors a “cartel,” while Secretary of Education Arne Duncan called them “watchdogs that don’t bark.”

It’s no wonder colleges and universities always “think they got the answers”; unlike Rowdy Roddy, accreditors never change the questions. The accreditation criteria for the Higher Learning Commission (HLC) – our largest regional accreditor – can be boiled down as follows:
1) Do you have an education-related mission?
2) Do you have a governing board, and can you confirm that no one on the board or in management is a criminal?
3) Are the programs you offer appropriate to the credentials you’re granting?
4) Are the resources required to deliver these programs of sufficient quality and number?
5) Do you review your programs?
6) Do you assess achievement of the learning outcomes that you claim for your programs and evaluate the success of graduates.

Notably, neither HLC nor any other regional accreditor requires institutions to achieve superior or even positive outcomes. The only requirement is that institutions track and evaluate as best they can. By focusing on the tracking of outcomes rather than outcomes themselves, accreditors have abstracted themselves away from what matters most: learning. A further abstraction is the focus of reaccreditation on process: are you improving the ways in which you assess learning and evaluate the success of graduates. It’s widely believed that any institution that continues to demonstrate progress on their processes will be reaccredited, regardless of how poor student outcomes are. One comment I heard recently was the following: “Visiting teams are composed of peers from other accredited institutions and there’s a strong whiff of you scratch my back, I’ll scratch yours.”

I overheard this comment (not verbatim – I’m paraphrasing) at a White House event held by the U.S. Department of Education (ED), soliciting feedback on the upcoming demonstration program to allow non-accredited providers of postsecondary education to access Title IV financial aid. (For the record, the accreditors in the room did not agree with the comment.) As the first ED higher education initiative in recent memory to have bipartisan support, this demonstration program is an important opportunity to not only open Title IV to innovative new providers, but to innovate our system of accreditation.

In the blessed memory of Rowdy Roddy Piper, the accreditation (or quality assurance) component of the demonstration program should be designed so quality assurance entities (QAEs) can change the questions. It would be interesting if QAEs either required providers to demonstrate defined levels of student outcomes, or – like Rowdy Roddy interviewing (and then beating up) guests – if QAEs conducted assessments themselves.

I don’t believe there’s ever been a professional wrestler named The Auditor. Which is a shame, because auditors are scary and could make good wrestlers, and because it would allow me to more seamlessly continue the wrestling-accreditation metaphor: Quality assurance needs to shift from our current process-focused system of accreditation to an outcomes-focused system of quality assurance audits. Like financial audits, quality assurance audits would be conducted by independent, trained professionals in the business of reviewing and certifying student outcomes. They wouldn’t be too troubled with process, and they’d have psychometricians on staff to evaluate or administer assessments. And quality assurance audits would to be subject to some higher governmental or quasi-governmental review.

Beyond the ring, Rowdy Roddy Piper starred in one feature film: They Live, a 1988 science fiction film directed by John Carpenter where Rowdy Roddy stars as a drifter who finds a pair of sunglasses that reveal the earth has been taken over by aliens. In a decision that ranks as one of the worst of my adolescence, They Live was the film I chose for my first date with a member of the opposite sex. Suffice it to say, I never saw that girl again.

The most famous line in They Live is Rowdy Roddy’s “I have come here to chew bubblegum and kick ass… and I’m all out of bubblegum.” That’s appropriate in the higher education context as well. Because accreditors could do with a little less gum chewing and a little more of the other thing.

1. Shift to Skills BBC report on large employers shifting from degree-based to skills-based hiring, by Judith Burns In a bid to boost workplace diversity, Ernst and Young (EY) will choose which applicants to interview based on their performance in online tests... In May another major accountancy firm, PricewaterhouseCoopers, announced it would no longer use A-level grades as a way of selecting graduate recruits… EY has gone one step further by removing the requirement for a minimum degree classification for graduates and hiding all details of schools and universities from the recruiters until the very end of the process so that interviews are carried out "blind". Read more 2. Innovative Degree CIO Magazine (Australia) article on innovative new master’s degree offered by Deakin University IT workers will soon be able to put their professional experience towards a master’s degree qualification in an offering Deakin University claims is a world-first. From 2016, Deakin and its credentialing business, DeakinDigital, will offer IT specialists a Master of Professional Practice (IT) degree once they complete a set of 16 credentials and a single unit of study at the university. Workers do not need an undergraduate degree to qualify. Read more 3. M&A Report Times Higher Education story on prediction that top U.S. and UK universities will merge in next five years, and Cleveland Scene report on fake Craigslist ad that caused a bit of a stir – University of Akron for Sale. Times Higher Education
“At the top end of the market, the Russell Group and the elite, I think there will be a merger between a top UK university and a US university in the next five years,” said [Glynne Stanfield, a partner at Eversheds who leads the firm’s international education practice]. “I think they will do it not for money but for reputational gain. “They will get the league table performance, and the ability to tap into a broader staff and student base than at the moment.” Mr Stanfield said that the potential to offer UK and US degrees on a “two-for-the-price-of-one” basis would prove attractive, particularly to students from Asia. Read more

Cleveland Scene
From the fake ad: “It is with a heavy heart I have to share with you all that the University of Akron will be closing. I take no great pride in this but please know I've done all I can... Now, while this is sad news for many of you I want to point out for the business savvy this is GREAT news. With a property located around Downtown Akron there are a multitude of options! Maybe you want to open a hotel or department store downtown? We own property that would be great for those needs. Maybe you want to start a semipro football team, we've got the space.” Read more 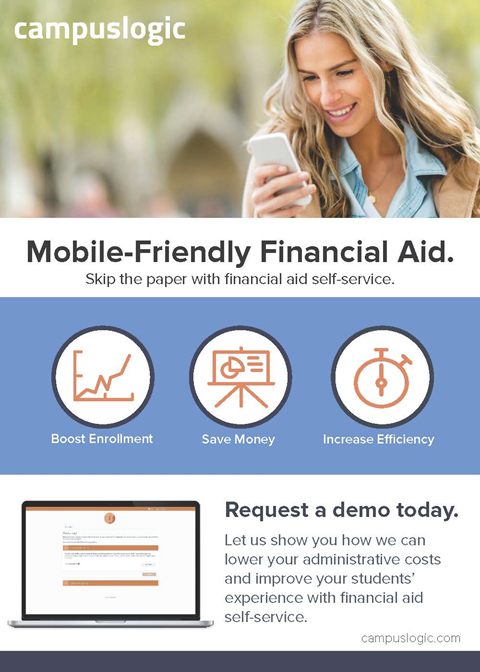