Guest letter by Jessica Brondo Davidoff Founder & CEO of Admittedly, matching students to their ideal colleges and providing the guidance to help them get accepted.

At the request (i.e., demand) of my parents, I recently visited their attic to clear out my old stuff. The biggest culprit was my vast collection of cassette tapes. While it was easy enough to part with Madonna and New Kids on the Block, I grew nostalgic about the recordings I made on my snazzy Casio two-cassette boombox, most of which were of the weekly radio show American Top 40 with Casey Kasem. 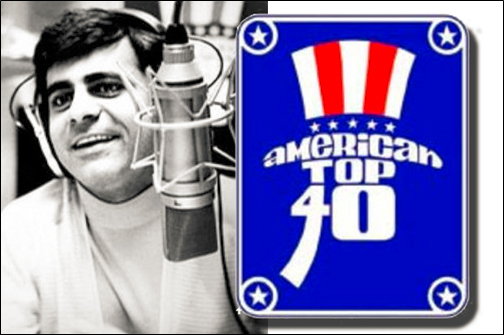 There must have been something about that show that compelled me to record it every week and fill up hundreds of cassettes. Perhaps it was Casey’s soporific voice. More likely, it was the suspense of finding out whether my favorite song made it to the top of the list, as determined by Casey.

While I stopped listening to Casey in college, I bet the vast majority of high school and college students today don’t care what song Casey (or his successor, Ryan Seacrest) think is #1. Why would they, when online services like Spotify, Pandora, and Songza provide them with their own personalized Top 40?

It’s understandable that they don’t get this. In 1995, according to a survey by the Higher Education Research Institute, over 40% of students reported that the U.S. News rankings were either “very important” or “somewhat important” in deciding where to go to college. Between 1995 and 2007, that percentage of students reporting rankings as “very important” increased by 50%. But when my company, Admittedly, a platform aimed at guiding students through the increasingly daunting college preparation and application processes, recently completed a survey of over 500 college-bound students representing all 50 states and a mix of public, private, charter, and home schoolers, I learned that views on higher education have shifted as quickly as tastes in pop music.

Of 27 potential factors, the U.S. News ranking came in at #20 in terms of importance in students’ decision-making process. The factors that were less important were a school’s NCAA division, the gender and race breakdown of the school, its party scene, and its Instagram feed. Twice as many students said that rankings were “not important at all” as those who said that they were “very important.”

According to our survey, here’s what students actually care about:

1) Majors
Colleges and universities list their majors, but students are looking for a lot more information. What percentage of students intending to complete the Computer Science major actually complete? Or how about telling students that, although they don’t offer a Computer Science degree, 30% of Math majors get jobs as software developers?

2) Cost
Although institutions are now obligated to include net price calculators on their sites, they generally aren’t easy to find. And if students find them, they’re typically as frustrating as completing their taxes. Students want a way to input their financial information once, set a target for out-of-pocket cost, and then search for schools that come within that budget.

4) Employment
Students don’t want to go to a school that has produced thousands of underemployed baristas in the past few years. Students deserve to know if their significant investment of money, time and effort is likely to pay off.

Unfortunately, while U.S. News and the other 14 domestic rankings currently do a nice job of providing “authoritative” data on which colleges are “best,” data on the factors that actually matter are either abysmal or unavailable.

From my vantage point, the demise of U.S. News since 2007 is a result of two factors. First, tuition prices are 80% higher than they were prior to the recession yet job placement is unstable at best. Students are constantly being bombarded with scary statistics on student debt and the ROI of a degree, making them increasingly more likely to make their decisions about schools in a more practical way. Second, and equally important, is that for young people, trust in institutional authority has been supplanted by trust in technology. As Emily Badger said in a great Washington Post Wonkblog entry back in April:

If U.S. News is already irrelevant today, it (and its ilk) will absolutely disappear when technology-powered peer data is available on factors such as majors, cost, safety and employment. Of course, not all rankings are doomed. As described in a May University Ventures Letter, Brookings has made headway on a new type of rankings that ranks colleges based on actual outcomes (i.e., salaries) compared with expected outcomes based on certain factors of the student body and institution.

It was hard for me to give up on Casey Kasem’s American Top 40. I imagine it will be even harder for our colleges and universities to give up on U.S. News. But institutions would be well-served to stop wasting time and money boosting the number of applications in order to decrease their acceptance rate (a major factor for U.S. News). Instead, colleges should start paying attention to the factors students actually care about and work with groups like Brookings and Admittedly that are trying to provide high school students the guidance they need to make one of life’s most important decisions.

Bloomberg coverage of Course Report survey predicting 16,000 graduates from coding bootcamps in 2015, up from 6,740 in 2014, by John Lauerman: The tech boot-camp industry is less than four years old and graduated about 2,000 students two years ago, according to Course Report. Graduates don’t receive diplomas or certificates. Their credentials are the software programs that they coded while in school. About three-quarters of students are placed in coding jobs within three months of graduating. Read more University World News article on how free higher education is often regressive because students who take advantage of it tend to be from advantaged families, by Brendan O’Malley: Francisco Marmolejo, tertiary education co-ordinator and lead tertiary education specialist at the World Bank, said there are countries where the percentage of college-age students from the lowest income quintile accessing higher education is only 4%, while 60% to 70% of college-age students belonging to the highest income quintile are enrolled in higher education. Some of those countries are among the ones with a tuition-free policy which, in fact, is “prolonging the unfortunate stratification in our society”, he said... “If you are serious about equitable access you have to be serious about cost-sharing in higher education,” he said. “In many countries where problems [with equitable access] exist there is a regressive higher education system where people insist higher education should be free but those accessing it are only from advantaged families. Read more Tom Friedman column in the New York Times on new McKinsey study on Online Talent Platforms (or competency marketplaces): Technology is redefining work and commerce, and if we’re smart it can also redefine education for employment and advancement so everyone can monetize, or improve, any skill and connect with any employer in need of it. “Up to 540 million people could benefit from online talent platforms by 2025,” McKinsey said. It is not that hard. We need to be making much better use of the federal government’s labor market data and that of websites like Monster.com, HireArt.com and LinkedIn, and even consider creating skill equivalents of the Obamacare health exchanges. Online talent platforms — that can link everyone’s C.V. with every job opening, with the skills needed for that job, with the online and campus based schools offering those skills with data showing which schools do it best — create more employment, more relevant skills and the right education for them. Read more