Get Your Kicks On Route 66

Over the holiday I took my family on a road trip. Like most drivers trying to make time, we took the Interstate for the most part. Then somewhere around Barstow, CA we got off the highway and drove old Route 66.

Route 66 ran from Chicago to L.A. and took millions of Americans east and (mostly) west from the 1920s until the 1970s. One of the first American highways, and certainly the most famous, Route 66 was known as the “Mother Road” and helped birth dozens of cities along its route, including Amarillo, TX, Albuquerque, NM and Flagstaff, AZ.

As we drove Route 66, we passed dozens of derelict motels, diners and drive-ins, but also others that were very much in business. The scenery did not disappoint. Route 66 boomed after World War II with cars chockablock with young kids heading somewhere warmer on vacation. As the fastest way to a parent’s wallet is through children (just ask any college), Route 66 was lined with fascinating and garish amusements designed to engender childish wonder so parents would stop the car by giant hotdogs or bottles of ketchup, or at the Wigwam Motel in Rialto: 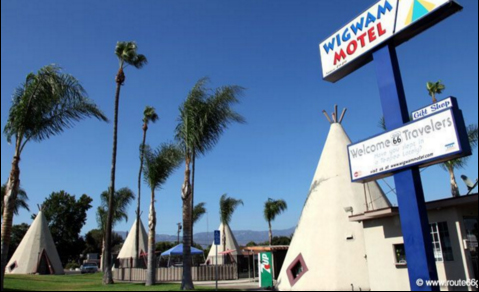 Have a WIGWAM Day!

My sons barely tolerated meandering along Route 66 for an hour or so; they tolerate my love of what they call “old timey” music and I’m sure they saw the dilapidated roadside freakshow as a physical embodiment of the same phenomenon. Nevertheless, I enjoyed being able to pull off the road wherever and whenever the mood struck. Then back seat nagging rose to the point that my wife insisted we get back on the Interstate. After all, we had a destination to get to.

Higher education used to be more like Route 66. Stop wherever, whenever. No big deal. A degree was the destination, but no sweat if you didn’t get there; there were plenty of interesting places to stop. And so what? You hadn’t spent that much on the journey to begin with.

Today’s bachelor’s degree is an Interstate Highway. Get to your destination as quickly as possible, without incurring more debt than absolutely necessary. If you run out of gas before you reach your destination, you’ve wasted a lot of time and money. And no one encourages you to stop at a rest area. Bad things happen there.

Nagging must run in my family, because I nag all the time about isomorphism and affordability. But even though I love a good wigwam, I’m mature enough to accept that we’re not able to do a U-turn to the feel-good Route 66 era of higher education.

At the same time, we lost a great deal when Route 66 was displaced by the Interstate. Sure, the Interstate provides fast access to food and a bed. But the access is intermediated by inhuman off-ramps. You’ve got to decide to exit, prepare to exit, navigate the off-ramp and then double back. Contrast this to Route 66 where you could pull right off the road and easily check out a diner or check in to a motel. The separation of the Interstate fostered the growth of impersonal chains and precipitated the decline of businesses owned by families that were firmly from and of that place.

Back when college students got their kicks on Route 66, they had a better sense of place relative to job opportunities as they progressed, semester to semester and even course to course. Because many blue collar jobs still allowed them to support a family, because the consensus around using bachelor’s degrees as a screening mechanism for office jobs hadn’t yet congealed to the point of calcification, and perhaps because there were more family-owned and -operated businesses hiring young people from the local college. In this environment, students had a feel for their options and what jobs were in their zone of proximal development.

On the Interstate Highway known as the modern bachelor’s degree, students don’t have any sense of place. The scenery looks much the same with 90 credits as it did on day 1; students have no idea where they are.

Although we can no longer drive Route 66, a revolution is underway that will provide students with a much better view from the Interstate at every mile marker. Competency profiles on LinkedIn, skill passports on Viridis, e-portfolios on Portfolium, or digital credentials at Credly will provide students with a sense of place relative to employer needs. And while initial correlations, filters and matches will seem rough, within a few years, they will be eerily accurate. The result: every student will have a GPS for his or her own human capital development. And we’ll wonder how we ever lived without it.

Competency profiles will allow us to recapture the spirt of Route 66 as there’ll be no place for place-less Interstates. When technology provides students with a sense of place, in order to continue to attract and enroll students, colleges and universities will have no choice but to build more frequent and easier-to-navigate off-ramps. These human-scale off-ramps will take the form of shorter, stackable credentials and direct connections to specific jobs – likely in partnership with last-mile training intermediaries – and will lead students to some very interesting destinations. Perhaps not quite as interesting as the Wigwam Motel. But today’s students are tired, hungry and running out of gas. Anything would be an improvement over the Interstate.

1. Reducing Risk Chronicle of Higher Education article on Udacity’s decision to follow onground coding bootcamps (as well as Chinese coding school Uplooking) with a money-back guarantee if graduates from the most marketable nanodegree programs don’t land a job in the field within six months, by Corinne Ruff. [Guarantee is] an innovation stemming from the need to reduce financial risk in higher education… [although] students who want the money-back guarantee must also pay an extra $100 a month for that peace of mind, remitting a total of $299 a month until they finish the course. Read more 2. Blind Hiring Wall Street Journal report that some employers are taking to concealing resume from hiring managers in order to focus on direct assessment of talent rather than education or experience, by Rachel Feintzeig. Advertising firm Levenson Group [designed] a blind audition process for hiring a junior copywriter last summer. Levenson asked candidates to create an Instagram campaign for a Texas vodka brand. Out of some 50 applicants, the company foundKendall Madden, a recent college graduate who had neither studied marketing nor interned at major ad agencies. Her campaign… stood out. Had the company just looked at her résumé, “I’m not even certain we would have interviewed her in the first place,” Mr. McEnany says. Read more 3. Dumping the Degree UK publisher Pearson Random House joins Ernst & Young in scrapping bachelor’s degree as job requirement, by Sean Coughlan. The firm wants to have a more varied intake of staff and suggests there is no clear link between holding a degree and performance in a job… It means that having a degree will no longer be a minimum threshold or “filter” for any job the firm offers. Read more 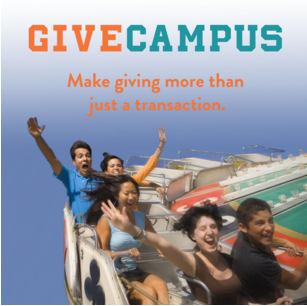