Friday February 16, 2007 was the day I internalized the vital importance of management. My company, Wellspring, operated boarding schools and summer camps for treating childhood obesity. One of the schools, Wellspring Academy of California, was located in rural central California just south of Fresno – a town lovingly known as the armpit of the Golden State. The night before I had received a call from the school’s Executive Director to tell me that the male English and drama teacher I had hired when I served as Executive Director, and whom the Executive Director had terminated earlier that day for providing a secret mobile phone to a female student so that he could be in constant communication with her, had just driven by the campus in his Honda, picked up the female student who had been hiding in the grape fields, and driven away with her.

As the teacher himself recounted in the tell-it-all, self-published Fat School Confidential (buy it on Amazon, it’s a page-turner), his passion for this overweight student (she was overweight, not obese) impelled him to promise he’d take her to Los Angeles and help her launch a career in film, leaving behind his wife and three-year-old son. 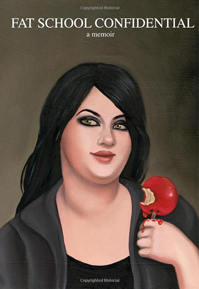 “Bill Moses” (the Executive Director’s pseudonym in Fat School Confidential) didn’t sleep that night as he and his team attempted to track the teacher and “Wendy” (her pseudonym) and bring her back before the police got involved. The constraint was that he had notified Wendy’s parents and their patience was waning as the absconding couple made their way from one Denny’s to another up and down the Central Valley (this is the “Flight From Fat School” chapter of the book). In the morning, her mother did call the police, which would have been bad enough. But then Bill received a call from Fox News Fresno, which was in the practice of scanning police radio transmissions: “What can you tell me about your teacher who kidnapped the student?”

The game of cat-and-mouse played itself out 6 hours later. Bill cleverly convinced the teacher to stop at a designated location and sent a van of his top psychologists to attempt to persuade Wendy to come back to the school. The winning argument proved to be: “Is a guy who wouldn’t spring for a hotel room last night – the guy who took you from one Denny’s to another – really the guy who’s going to help you make it big in L.A.?” That night, an unkempt Bill Moses faced the Fox News Fresno cameras and spoke eloquently, if wearily about how glad we all were that Wendy was back where she belonged. The next day, Wendy was expelled.

Throughout those 24 hours, there wasn’t a minute when it wasn’t clear who was in charge. It was Bill Moses. Bill acted decisively, never panicked, communicated clear directions to his team, solved problems creatively, and achieved the desired result of separating Wendy from the teacher. Not surprisingly, Bill Moses comes off as the villain in Fat School Confidential.

My mentor at Warburg Pincus had many adages, but his favorite and the one that made the greatest impression on me is that an investor really only does four things: “Enter an investment, hire the CEO, fire the CEO, and exit the investment.” His point wasn’t to emphasize the demanding schedule (or lack thereof) of the successful private equity professional, but rather that all other decisions are properly the province of the CEO. Investors and directors can make suggestions, but if you’re making the decision, you have the wrong CEO. He viewed his many successes through a derivative lens – a result of having chosen the right CEO.

This is a critical topic in higher education, not due to the risk of teachers kidnapping students, but because of the opportunity. Higher education is a $1.5 trillion global industry undergoing rapid transformation from technology, globalization, and waning government support (transitioning from a public to a private good). While the exact future remains unclear (see e.g., fascination with MOOCs), its contours are clearly discernible: a vastly greater role for online delivery; much more transnational activity; increased efficiency through focus on competencies; lower cost and increased accessibility; and increased involvement of the private sector in delivering higher education. The last point is the obvious product of two truths: (1) Traditional institutions have not demonstrated great strength or success at any of these; and (2) As long as the traditional university maintains academic and financial control over HE program delivery, there are no structural or political barriers to engaging or contracting with private sector companies to perform any or all of these services.

So there is a huge need for market-driven student-centric companies to help colleges and universities navigate the future. Unfortunately, the level of management talent currently in the HE private sector is not commensurate with the opportunity. So the question we ask ourselves every day is this: Will we attract enough talented new managers into the HE private sector quickly enough, or will this act as a brake on the revolution? This is a global question – as relevant for the booming Brazilian HE private sector, where most successful companies continue to be run by entrepreneurs who have been in the sector since the 1970s, as for the U.S.

In the U.S., one of the key drivers of the huge increase in K-12 edtech activity has been Teach for America. TFA has brought tens of thousands of talented young people into education and given them firsthand experience of our dysfunctional schools. So we now have thousands of mission-driven zealots who believe the best way to change our K-12 system is not 30 students at a time, but rather by developing new products and services that have the potential to cause disruptive change (if only schools were to buy and use them).

We don’t see the same trend in higher education. There is no wave of innovative scholars getting PhDs, not being satisfied, and then seeking to reinvent HE. (They may be dissatisfied, but that’s because they’re not getting the full-time tenure track jobs they’d envisioned.) But one great hope for higher education is that many of these K-12 entrepreneurs find their way to higher education as their great products crash against Fortress School District (virtually impermeable to rational acquisition and deployment decisions), as they recognize that while we have a 30% drop-out rate from high schools, the drop-out rate from community colleges exceeds 70%, as they see new HE companies succeed in the market, and as they realize the risk of a Fat School Confidential-ish Fox News Fresno-worthy episode is significantly lower in HE than in K-12.

Gene Wade is a good example of this. A Harvard-trained lawyer, he entered education as a K-12 entrepreneur, operating a charter school company that he sold to Edison Schools. After a second K-12 effort in tutoring services, he took a step back, surveyed the market, and recognized the greater opportunity in higher education. His outsider’s perspective helped him identify an opportunity that no other entrepreneur currently in higher education saw: the opportunity to reinvent and improve upon the Western Governors University competency-based model. The result is University Now, the leading private company in competency-based higher education.

We’re starting to see some greenshoots internationally as well. In Brazil, the CEO of Estacio and the former CEO of the newly-merged Anhanguera (now a Board member) were recruited from other industries by their private equity sponsors. The COO of Anhanguera-Kroton came out of McKinsey. In India, Anand Sudarshan became CEO of Manipal in 2006, entering HE from the IT sector. In the UK, the new CEO of the Greenwich School of Management was head of strategy and business development at Mitchells & Butlers, an operator of pubs and bars, and prior to that at PepsiCola International. And the newly private University (formerly College) of Law is advertising in the Economist for an experienced CEO from outside HE.

All this highlights the critical importance of two groups: the recruiters and the private equity investors that retain them. The opportunity in higher education is not an intuitive one for many talented executives. It needs to be explained, often again and again. Fortunately we have two things going for us. First, all the attention MOOCs have received means that many executives already understand that higher education is undergoing transformation. Second, as consumer Internet falls out of favor, many talented executives are seeking opportunities in SaaS (software as a service). Within SaaS, recruiters are seeing a clear preference for vertical SaaS over horizontal SaaS, where companies risk being displaced by focused vertical players. And amongst verticals, higher education ranks highly.

Of course, the real challenge is that HE isn’t for everyone. Successful executives need to make academic quality (student outcomes) co-equal with enrollment and financial results. And they need to be able to speak the language of traditional academic institutions, if only to navigate the many constituencies (accreditors, state licensing bodies, Department of Education) that only understand that language. They need to understand that evolution works better than revolution and that faculty will fight innovation from outside HE to the death. It’s more about values and a way of thinking than it is about prior experience.

So even if my mentor was right about an investor only doing four things, investors and recruiters will be burning the midnight oil doing lot of one thing over the next few years: finding, attracting, wooing, explaining and successfully recruiting talented executives to their innovative new HE companies.

I can’t resist concluding with my new favorite book, Fat School Confidential. While Bill Moses comes off as the book’s villain, my character, “Daniel Abrams,” comes off in a positive light. I’m even erroneously credited with convincing the teacher to stop. But my favorite passage is this:

“Wearing glasses and a button-down shirt, he made a good-looking geek.”

So if we go by the old adage that good managers hire people who make them look good, since I hired the teacher I suppose I qualify as one of the good managers we’re all seeking. But only in a highly technical sense.

Many thanks to Daulins Emilio and Thomas Mackenbrock of Bertelsmann Brazil and Rohit Sood and Pankaj Makkar of Bertelsmann India for their assistance with this Letter.