Few things are more upsetting than when a hero turns out to be a villain. Growing up in Canada, we were used to winning all kinds of medals in the Winter Olympics but forever coming up dry in the Summer Games. Canada set a dubious record at the 1976 Montreal Olympics when it became the only host country to fail to win a gold medal. So ahead of the 1988 Games in Seoul, when quiet Ben Johnson emerged as Canada’s answer to America’s brash and flashy sprinter Carl Lewis, all of Canada put Johnson on a pedestal. And when he crossed the line first in Seoul in a record 9.79 seconds – the announcer’s booming “9 7 9” reverberates in my head to this day – the entire country went berserk with joy. Three days later, Canadians received breaking (and heartbreaking) news: our hero had tested positive for steroids and was disqualified. I walked around in a cloud for at least a month. Toronto’s tabloid newspaper, The Sun, summed up the mood with its cover on September 26, 1988. 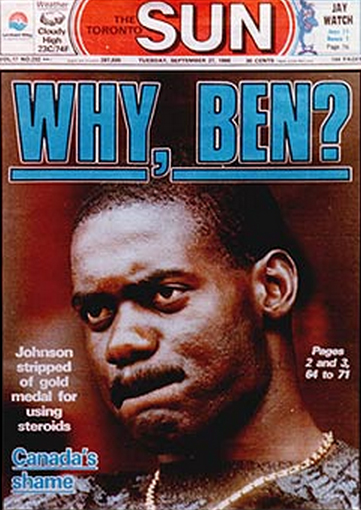 More than two decades later, Americans had similar empty feelings when Lance Armstrong, cancer survivor and Livestrong Foundation founder, turned out to be a cheat, and when Bill Cosby, model dad, turned out to be a predator. I’m currently struggling with my own disappointment concerning Donald Trump. While far from a hero, I did think Trump was a harmless idiot. Now I see I may have been wrong about the harmless part.

In the last UV Letter, I said the following about college affordability: There’s no question that college is expensive. But when nearly half of all students who undertake degree programs fail to complete, and where defaults are concentrated amongst non-completers, it’s hard to argue that affordability should be the end-all and be-all of higher education policy, let alone the basis for a $350 billion commitment. To paraphrase the current Secretary of Education, debt is not catastrophic if students end up with degrees.

To be fair, I have previously taken on the topic of college affordability and my book, College Disrupted, has a chapter on the Crisis of Affordability. But even if their reason is off-the-mark, the Democratic candidates for president are onto something with their laser-like focus on student loan debt. Could annual economic growth bounce back to the 3-4% range if the entrepreneurial energies of young adults weren’t weighed down by dollars borrowed to pay college and university tuition?

Recently, Lumina Foundation started a conversation on affordability by proposing a benchmark: the “rule of 10.” Net college tuition should be limited to what families can afford to pay by saving 10% of household discretionary income over 10 years plus what students can contribute by working 10 hours per week while attending school.

My best guess is that we don’t get to Lumina’s benchmark through Hillary Clinton’s New College Compact or Bernie Sanders’ free tuition plan, although income-based loan repayment (IBR) is likely to play an important role in lightening the load and releasing entrepreneurial spirits. Just last week a GAO report concluded that the U.S. Department of Education has not done enough to make students aware of IBR options. More than half of all borrowers are eligible for IBR, while fewer than one in seven borrowers take advantage of current IBR programs.

But what really gives me hope that the economic villainy of our colleges and universities is a temporary phenomenon is that both employers and students are starting to indicate a preference for shorter, stackable credentials that convey demonstrable competencies, and that happen to be much less expensive than degree programs. As the popularity of these “just-in-time” programs grows, falling enrollment in expensive degree programs will give colleges and universities no choice but to be heroes, help restore our historic rate of economic growth, and provide some insurance in the unfortunate event our next President is named Trump.

Thanks to Allison Williams for her research assistance with this Letter.

1. The Price of Prestige Article in The Conversation measuring the premium charged by prestigious Australian universities to international and domestic students relative to comparable programs at non-prestigious institutions. Students pay for prestige partly as an investment... University prestige is a proxy indicator suggesting that graduates have attributes and skills employers are looking for. Graduates hope that this will help them get a good job… While on average [prestigious] universities charge domestic postgraduates more than [non-prestigious] universities charge, the fee differences are small compared to the prestige premium paid by international students…. In the domestic market, prestige could be more significant for undergraduates than postgraduates. Like international students, most domestic undergraduates lack jobs relevant to their intended careers. They need other ways of signalling their skills and attributes to potential employers, such as attending universities with strong brands. Read more 2. Best New Web Site Feature National Association of Colleges and Employers (NACE) report on American University’s new We Know Success site that allows prospective students to filter four years of data on employment, salary and graduate school outcomes by degree level, major and school. As of early September, the We Know Success website had amassed more than 60,600 page views and nearly 51,000 unique page views, and visitors spent an average of 3:27 minutes on the site… Gihan Fernando [Executive Director of the American University Career Center] reports that the university is committed to the site’s continuation and further enhancement… “Our president and provost saw the value of these data to current and prospective students and families. We decided to offer our outcomes to anyone who wants them. We have a strong collection mechanism and rigorous data, and we wanted to display them in an accessible and accurate way.” Read more 3. The Road Ahead

EDUCAUSE Review cover story on what colleges and universities have to look forward to over the next decade, from the impact of data, to the hollowing out of the middle market, to the emergence of “just-in-time” “full-stack” competitors, competency-based learning, adaptive learning and gamification, and the unbundling of the degree, by University Ventures’ Ryan Craig and Allison Williams. Colleges and universities have their work cut out for them over the next decade. They must begin to capture and use data to allocate resources and must start to organize themselves on the basis of student outcomes (rather than the 4 Rs). They must decide if they are going to be discounters or premium providers, and if the latter, they must become "full-stack" institutions. They must utilize technology to solve the crisis of affordability and to improve efficacy. They must figure out how to meet the smartphone challenge and ensure that the evolution of online learning doesn't stall. Read more 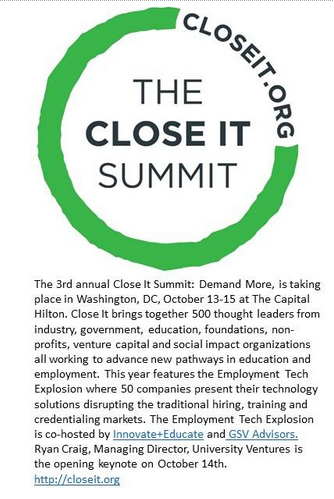