"I have a way to keep things exactly the way they are. Permanently. It's called the Kragle." - President Business, The Lego Movie

With $225M in U.S. box office receipts, the hottest movie in America was inspired by little plastic bricks. Which is funny, because at my house Lego bricks are always underfoot and, at least amongst adults, inspire only howls of pains. But for younger family members Lego is inspirational. My 5-year-old walks around saying he’s a “master builder” and can build anything out of Lego.

The story of The Lego Movie is clever, even Shakespearian in its multiplicity of appeal. (Indeed, Shakespeare makes an appearance.) The movie, which has received overwhelmingly positive reviews, operates on two levels. At the human level, there’s a father hobbyist (Will Ferrell) who has created various Lego worlds that he not only forbids his son from playing with, but has used Krazy Glue to keep the bricks from ever coming apart. At the Lego level, President Business (voiced by Will Ferrell) rules by ensuring that all Lego figures live their lives by following instructions, but is scheming to fascistically deploy the Kragle (an old tube of Krazy Glue with a dodgy label) to make the Lego world a reification of his will. Resisting President Business are the Master Builders, a range of ridiculous Lego characters (e.g., Lego Batman, 1980s spaceman, the 2002 NBA All-Stars) who can build anything and don’t need instructions to do so. 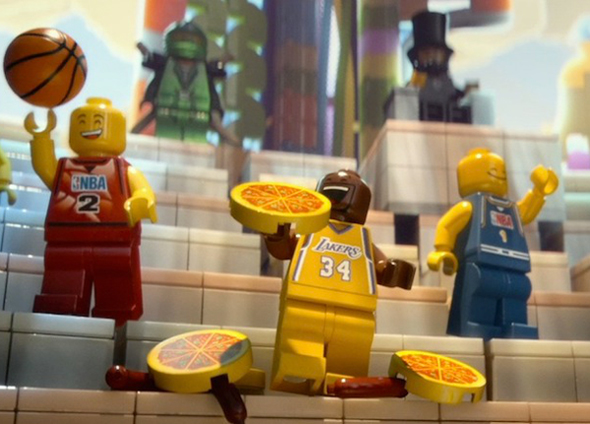 The Lego Movie is the most recent in a string of remarkable successes for Lego. After posting a loss in 2003, the family-owned Danish business named a new CEO who proceeded to divest its theme parks, streamline operations, and focus squarely on co-branding strategies with successful products like Star Wars, DC Comics and Harry Potter. In the slow-growing toy market, the results have been remarkable: five consecutive years of revenue growth in excess of 15% including 25% growth in 2012. Lego has more than quadrupled its revenue within a decade and has grown operating margins to 34%. 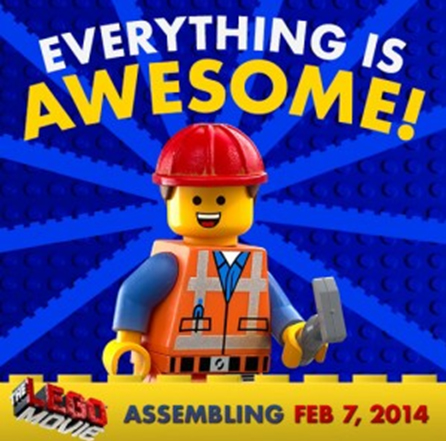 "What happened to that whole training part?" - Emmet Brickowski, The Lego Movie

Lego has had a better decade than any college or university I can think of. So what can higher education learn from Lego’s experience? Like Apple, Lego has done a fantastic job at weaving together all parts of its business – bricks, characters, packaging, books, television, video games, theme parks and now movies – into a superior customer experience. As with Apple, for the most part, Lego’s marketing and revenue-generating products are indistinguishable. The Lego-verse, as it’s called, has taken on a life of its own.

How has Lego accomplished this? Not through top-down direction, but rather through “integration.” From an organizational point of view, integration means teams working together organically to develop solutions, often to problems consumers don’t know they have. As Steve Jobs said, “Integration is the only way I could make perfect products.” According to integration expert Ram Charan, who has studied Apple, integration is produced when "core decisions are made by integrating inputs from experts simultaneously and largely without the filters of the administrative managers of the experts."

No higher education institution has attempted anything like this. It would be akin to the department of engineering taking the initiative to work with career services and continuing education to prepare each engineering student for the optimal entry-level job, and then taking charge of continuing retraining and reskilling as required by technological change – and this all happening without any direction from the President. (In The Lego Movie, such dynamic autochthonous activity would incur the wrath of President Business. And that’s probably not far from the reaction of many university Presidents to such impromptu initiative.)

We have previously written about the coming unbundling of the university, where the bundle currently known as the degree becomes unbundled into its component parts. How should we think about integration in the context of unbundling? Isn’t this an oxymoron?

Not according to The Lego Movie. The principle of The Lego Movie is that components can’t be Krazy Glued together. Like Lego bricks, they need to be modular and unbundle-able. But at the same time, Lego must be presented in a way that provides a knockout customer experience.

The Lego Movie is quite clear on this point. The Master Builders are not infallible. Their home base – called Cloud Cuckoo Land (from Aristophanes’ The Birds – as I told you, the movie is surprisingly literate) – is anarchic. Each Master Builder does his or her own thing and the resulting unbounded creativity is unsustainable.

When the vast majority of higher education (i.e., all but the 5% represented by elite schools) is unbundled in the next decade, winners won’t be those institutions that simply provide individual learning experiences, expecting students to purchase and integrate them. While DIY education was a hot topic a few years back and spawned a popular book, the uptake has not come close to meeting the hype. Whether today or ten years from now, students don’t want to be fully in charge of their own education. That’s anarchy.

In an unbundled world, where credentials become finer and finer, literally down to the level of the competency, the winners will be those institutions that provide unbundled credentials with the knockout student experience that is best produced by integrated delivery.

An appropriate metaphor is found in almost every frame of The Lego Movie. Characters like Lego Batman move like Lego moves. Arms move in one direction only. Some figures don’t have pants. (The most popular TV show is called “Honey, Where Are My Pants?”) 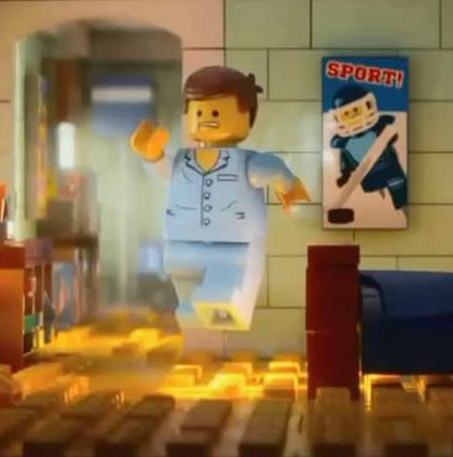 But whether they’re doing jumping jacks, playing piano or holding hands, their restricted movements are funny and provide great joy to viewers. This is what higher education must strive for. By definition, education (like Lego instructions) comes with rules. But the winning unbundled higher education products of the future will be integrated products that produce joyful, knockout experiences like The Lego Movie.