To Make America First In Higher Education, Open The Door

My 6-year-old son Zev is obsessed with Russia. Not because of the interference in our recent Presidential election, but simply because it looms so large on the world map that hangs in his bedroom. His kindergarten teacher tells us he won't stop talking about Russia, and his favorite YouTube video is the classic SCTV skit What Fits Into Russia, in which host Feliks Dzerzhinsky fits Argentina, Australia and Texas into Russia, not even covering all of the “beauty” of the Ukraine! “So long Lone Star State! You look like a tiny star set against the vast colossal sky of Mother Russia (maniacal laugh).” 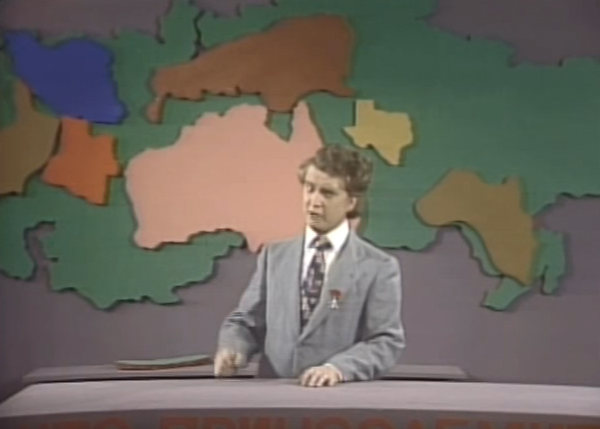 As you can see, this show will be going on for quite a while.

Kids are impressionable. Just as Zev is blown away by the size of Mother Russia, millions of college-age kids around the world are blown away by the archetypal idea of American college, as developed and celebrated in American popular culture, and even more by our famous university brands. As a result, there are now over 1M international students enrolled at U.S. colleges and universities – growth of 2x in 15 years.

If President Trump wants to put America First, and to do so by promoting American products and American jobs, higher education is a huge opportunity. There are five million students at colleges and universities outside their home countries – a number that’s projected to grow to eight million within a decade. Although it may seem counterintuitive in this radically new policy environment where our borders appear to be closing, the answer lies at the intersection of prioritizing job creation and our new President – a successful hotelier – understanding the difference between students (guests) and immigrants.

The economic benefits of educating students from other countries are clear. NAFSA – the Association of International Educators estimates that 3 U.S. jobs are created for every 7 international students – a total of 400,000 jobs. These jobs aren’t only for overeducated academics, but in sectors such as transportation, accommodation, food service, telecommunications, healthcare and insurance. In the 2015-16 academic year, international students contributed approximately $33B to the U.S. economy. So attracting international students at the same rate as Canada would add 400,000+ jobs. Doing as well as the UK would add 1.2M new jobs. Reaching Australian levels would add 2M new jobs – greater potential than any of the other “export” industries being talked about. And we’d do even better than that if we took full advantage of our reputation as the global higher education leader.

While a handful of universities – mostly in large, coastal urban areas – have achieved 20% penetration, only 5% of U.S. colleges and universities account for nearly 70% of all international enrollments; 95% of institutions have a lot of room for growth. On a statewide basis, only a few have reached Canadian levels – Washington, DC is at 15%, Massachusetts 13%, New York 10%, Washington 9%, Rhode Island 8%, Illinois, Connecticut and Hawaii at 7% – the rest of the country is at 6% or below, including large states with international reputation: California and Texas at 6%, Florida at 4%. And most of the Midwest and Mountain States are at 3%. So while even Massachusetts could do better, there’s work to do if American colleges and universities are to compete more effectively for international students.

While these strategies (including New Zealand’s) involve marketing the country as a higher education destination and coordinating between English language training programs and academic pathways and programs, there are two key drivers. The first is ease of getting a student visa, which includes simplicity of the process as well as wait time. The competition is focused on both. Last year, following complaints that Australia’s student visa system was so complex that colleges attending international education fairs spent “half their time explaining the visa system,” Australia rationalized its student visa process, reducing the number of subclasses and introducing a single risk framework under which all applicants will be assessed. The result is much simpler for students and international agents. And in Canada, when a recent increase in student visa applications led to waiting times that were “weeks longer than those in Britain and the United States,” the issue received national media attention.

The second driver is work opportunities during the academic program and post-graduation. In Canada, international students enrolled at colleges and universities are now permitted to work off-campus for up to 20 hours per week during the academic year and full-time during scheduled breaks and, after graduating, stay and work in any field for up to three years. In Australia, students can stay and work for two-to-four years after graduating, without the need to secure separate work visas. And earlier this month, China announced that international students in masters programs would be able to transition directly from school to work.

It may not be clear that allowing students to work in the U.S. is consistent with an “America First” approach. We’ve certainly struggled with this question more than the competition. In the U.S., international students can work up to 20 hours per week on campus. But in order to work off-campus they must apply separately to the U.S. Citizenship and Immigration Service for Optional Practical Training (OPT). And we don’t make it easy: the work opportunity must be “directly related” to the student’s major; students must wait 9 months after starting postsecondary programs; the application takes at least 90 days; and any work during study reduces allowable OPT post-graduation, which is capped at 12 months.

It would be deliciously ironic if, while the U.K.’s new Brexit Prime Minister struggles with the question of whether international students should count against proposed immigration caps, our new “America First” President, who knows a thing or two about extending hospitality to guests, could set America on equal footing with Canada and Australia in terms of student visas and work opportunities for the express purpose of advancing the higher education sector and job creation. If the Trump Administration truly cares about creating good jobs for American workers, it wouldn’t be inconsistent to take a harder line on refugees and illegal immigration while welcoming students who are likely to create jobs.

Why not allow students on F-1 visas to work in any field for one year post-graduation (without requiring a separate OPT application), and to continue on annually and indefinitely as long as they can demonstrate they’ve created at least one new good job for an American worker each year? Entrepreneurial efforts from talented international graduates could increase substantially, creating even more jobs than the additional jobs created in higher education and support sectors. President Trump understands that international students are guests who are footing the bill at big, beautiful Hotel America, but should have the ability to become immigrants if they can demonstrate a material contribution to the American economy.

Kids only remain impressionable for so long. My guess is Zev will fall out of love with Russia reasonably soon – perhaps during the upcoming Senate hearings. Likewise, given our current competitive disadvantages, international students’ love for American colleges and universities may only last for so long.

Millions of students and their families have plans to study in an English-speaking country. Canada, Australia and New Zealand have plans. Although the U.S. currently has no plan, when the new Administration does announce a plan for Making American Higher Education Great Again, it must not only set growth targets, encourage all kinds of pathway programs for international students – embedded, transfer and boarding schools – and put government muscle and funding behind marketing these programs, but also recognize that in order to make America First in higher education, we need to open America’s doors.

University Ventures invests in entrepreneurs and institutions that are reimagining the future of higher education and creating new pathways from education to employment. Our portfolio companies are making higher education more affordable, pioneering entirely new approaches to learning, and helping employers think differently about how and where they discover talent. We believe entrepreneurs and institutions that produce meaningful educational outcomes will realize better economic returns. We believe that private enterprises can produce profound social impact, and that public-private partnerships can unlock the potential of mission-driven institutions. Our commitment extends beyond the world of traditional higher education, to the challenge of last-mile training and placement to help individuals showcase their skills and get great jobs in growing sectors of the economy. University Ventures is led by principals with decades of experience as entrepreneurs, investors, and leaders in higher education. Our approach draws upon the values and traditions of higher education to play a sustainable role in transforming the path from education to a stronger economic future for students, universities, and employers.

1. In Need Of A Coding Bootcamp Wall Street Journal report on Department of Education memo correcting student loan repayment rates across the board as a result of a coding error, by Andrea Fuller. At more than 1,000 colleges… at least half the students had defaulted or failed to pay down at least $1 on their debt within seven years… The University of Memphis had one of the largest drops in its repayment rate following the recalculation. Previously, the Department said that 67% of its students were repaying loans within seven years of entering the repayment period. That number fell to 47% after the recalculation. Read more 2. Fiscal Time Bomb Bloomberg column on potential fiscal impact of Public Service Loan Forgiveness Program, by Red Jahncke. PSLF… gives special treatment to people who go into public service, primarily people with expensive postgraduate degrees. Once activated, the program could potentially cost the taxpayers a staggering $84 billion, or even more, if you do the math. “Public service” includes all government and nonprofit jobs, plus jobs in favored sectors of the economy including health care… Together, these public-service jobs encompass about one-quarter of the U.S. workforce. Read more 3. Engine of Social Mobility? New York Times interactive feature showing that 38 elite private colleges have more students from the top 1% income bracket than the bottom 60 percent. Elite colleges have focused more on being affordable to low-income families than on expanding access. “Free tuition only helps if you can get in,” said Danny Yagan, assistant professor of economics at UC Berkeley.
Read more