Last year I began using Twitter with the impression that it made content shorter, more digestible. Then tech venture capitalist/bon vivant Marc Andreessen invented the tweetstorm. Andreessen’s multipart Twitter rants – sequencing each tweet with 1/ 2/ 3/ and so on – inundate his 450k+ followers several times each day and inspire tweetstorms from others which Andreessen gladly retweets in order. All of which raise a fundamental question: can’t Andreessen afford a blog?

One recent tweetstorm (retweeted by Andreessen) came from a software engineer named Dave Guarino. Guarino graduated from Berkeley and according to his Twitter profile enjoys duct-taping programmatic APIs onto legacy government interfaces. His tweetstorm (abridged) was as follows:

While the risk aversion of elite university grads has been well documented, by combining this observation with his Silicon Valley view of diminishing returns to solving known problems (and, coincidentally, increasing returns to every problem Silicon Valley is trying to solve), Guarino provides insightful context for his BIG question.

Let’s assume for the moment Guarino is right (a bit smug, perhaps, but right). How can we solve this known-problem? I suppose there are two options. The first is to change the behavior of talented students. Perhaps we could teach graduates to embrace risk, or provide incentives for them to do so. But wait: what about the student loan debt hanging over their head like the Sword of Damocles? Research is clear that today’s graduates are less likely to take risks precisely because of inflating debt. So option #1 would require a revolution in affordability at colleges and universities. Hmmmm. What’s option #2?

Option #2 is to create lower-risk (or preferably no-risk) pathways to work on higher value problems. When I was a senior, I was a sucker for the low-risk pathway provided by management consulting firm McKinsey & Co. They visited campus. They spun stories of how a two-year gig as a Business Analyst was like being paid to go to business school, and of the unlimited career options that would follow. Similar stories ensnare tens of thousands of our most talented grads in consulting and investment banking – not economically unproductive per se, but as Guarino points out, traditional high-return professions (known-problem, known-execution strategy) where returns may be falling. Unfortunately, tens of thousands of other top graduates who don’t get these jobs (or who don’t take the risk of interviewing for these jobs) default to law school – a high-risk pathway cloaked as a low-risk means of entering a “respected” profession.

What can colleges and universities do to create lower-risk or no-risk pathways to high-value careers so their graduates don’t default to law school (and then subsequently default on their student loans)? Look no further than coding bootcamps. Bloc, an online bootcamp with a 48-week software engineering track, is offering to refund the $24k tuition if students don’t land a $60k+ job within four months of graduation. Flatiron School in New York is making a similar offer for both its onground and online bootcamps. Code Fellows does the same. Other bootcamps such as Galvanize have such remarkable placement percentages (97%) that most students perceive a high-paying job to be in the bag. Meanwhile, some coding bootcamps like MakeSchool, Viking Code School and App Academy are free; these schools collect a portion of graduates’ salaries for a number of years. Models like this are expanding rapidly, even showing up in China where online coding bootcamp Uplooking (run by a Red Hat Certified Engineer who goes by the name Shrek – his wife, of course, is Fiona) is guaranteeing jobs to graduates.

While I don’t see colleges and universities guaranteeing jobs anytime soon, they’re already partnering with coding bootcamps that do. Southern New Hampshire University has partnered with Flatiron and many others are submitting applications to the Department of Education for the EQUIP program, which requires such partnerships.

Where might this lead? If you’re guaranteeing students a job, you might as well hire them yourself. This is what eIntern does. eIntern is a former IT staffing company that now partners with colleges and universities to provide last-mile coding training for hundreds of students and recent graduates each year. eIntern recruits students with an aptitude for coding, but none of the employment-ready technical skills, and provides extensive basic-to-advanced (i.e., employer-specific) coding training free of charge. Once students are trained, they’re hired by eIntern and then staffed out to a wide range of employers across the U.S. After a year or two, most students end up getting hired by clients. Forget low risk; eIntern is the first no-risk pathway to high-value careers in IT.

Low-risk pathways to employment aren’t new in higher education. Many community colleges have developed partnerships with a local employer. In December, Southern Connecticut State University and Gateway Community College announced a bachelor’s degree in business with a specialization in public utility management to establish a pathway to employment at the New Haven Regional Water Authority. But none of these programs provide job guarantees like the coding bootcamps, let alone promise to hire students themselves.

Guarino’s BIG question is a many-to-many problem: talented students from many institutions need to be trained for and matched to many employers. This is a role that coding bootcamps like Galvanize and next-generation staffing companies like eIntern will play. Like McKinsey, they’ll come to campus and provide a clear pathway to a career. Unlike McKinsey, they’ll also provide valuable no-risk training to specifically prepare students for the high-risk problems employers are trying to solve. Some, like eIntern, feature employer-pay business models that permit them to provide free training worth tens of thousands of dollars.

And while many of these high-risk problems involve IT, others are in biotech, healthcare and energy. Over the next several years, expect a small army of intermediaries to begin providing structured, low-risk pathways to jobs in fields that are much more economically productive than banking or consulting. And as they’ll do so in partnership with colleges and universities, these pathways will have the imprimatur of their institutions and will be compelling for even the most risk-averse student. Law schools, beware!

A storm is coming to higher education. Not a tweetstorm, thank goodness, but a much-needed dousing to water and rouse college graduates stunted from decades of being shunted into economically unproductive professions. As these intermediaries are likely to materially improve the return students see from their tuition investment, colleges and universities should welcome these last-mile training partners with open arms.

1. Apprenticeship Nation? Chronicle of Higher Education article profiling apprenticeship programs and discussing barriers to growth, by Kelly Field. In speeches around the country, the secretary of labor, Thomas E. Perez, tells audiences that apprentices make $300,000 more than their peers over their careers. He often calls apprenticeship “the other college — without the debt.” Read more 2. T.Y.O.D. (Train Your Own Doctors) Wall Street Journal story on Kaiser Permanente decision to launch its own medical school, by Anna Wilde Mathews. The big Oakland, Calif.-based managed-care operator said it would build the Kaiser Permanente School of Medicine in southern California, with the goal of enrolling a first class of 48 students in 2019. Read more 3. Alternative Credentials Eduventures takes pulse of alternatives to degree programs such as coding bootcamps and new teacher preparation pathways. We will look back on 2015 as the year when the search for “alternative” forms of higher education really got down to business. Read more 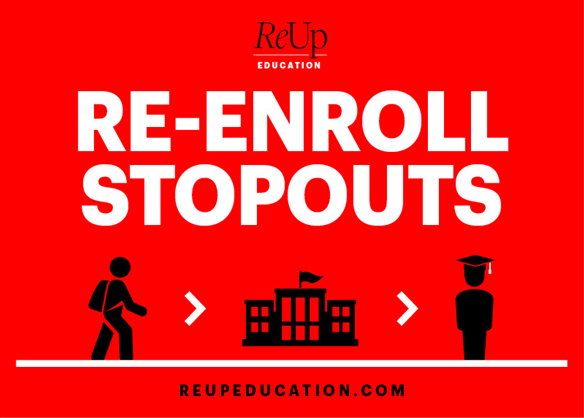