In 2010 Old Spice was a brand in need of reinvigoration. After years of sales declines, Proctor & Gamble gambled on a new campaign for the 70+ year-old brand that most consumers identified as something their grandfather used. Maintaining Old Spice’s traditional seafaring theme, “The Man Your Man Could Smell Like” ad featured a fast-talking shirtless actor exiting a shower, stepping onto a boat and then riding off on a white horse in a single take. 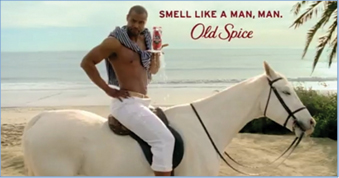 “The Man Your Man Could Smell Like” attracted over 5M views on YouTube within 3 days (now 48.7M), increased Facebook likes by 800% and generated 1B media impressions. Subsequent ads in the campaign continued the theme with the same actor delivering a rapid-fire monologue while progressing through costume changes and various activities and locations, all while maintaining constant eye contact with the camera. The campaign transformed sales declines to double-digit growth.

The Old Spice campaign inspired imitators, including Sesame Street’s “Smell Like a Monster” starring Grover, who rides off on a cow. It even reached the halls of academe. An online ad urging BYU students to study in the campus’ Harold B. Lee Library (“Study Like a Scholar”) featured a similar fast-talking actor bragging about his grades: 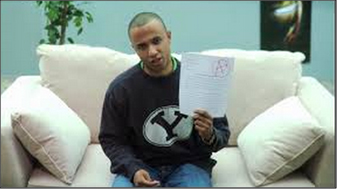 No less than Old Spice or the Harold B. Lee Library, most colleges and universities are in dire need of brand reinvigoration. ASU Online’s agreement with Starbucks to provide “free college” to barristas garnered extensive media attention exactly because the story was so different from the prevailing higher education narrative: unaffordable + uncertain payoff.

“The Man Your Man Could Smell Like” worked as a result of its humor, visual effects and innovative social media campaign. But fundamentally it worked because it was the first attempt to sell men’s body wash by targeting women. Conventional wisdom amongst body wash marketers was to appeal to men; Unilever did that well with its risqué campaigns for market leading product Axe e.g., “How Dirty Boys Get Clean.” But it turned out that women were responsible either directly or indirectly for the majority of body wash purchases. And the decision to appeal to women allowed Old Spice to develop a wholly original message: “Hello ladies.”

Most colleges and universities employ a “body wash” approach to marketing higher education, pushing product more than they’re trying to understand the needs of prospective students. That might work except for the fact that isomorphism has resulted in thousands of colleges with indistinguishable missions, programs and messages appealing to the same student. Clay Gillespie, CEO of Artium, a higher education marketing company (and a University Ventures portfolio company), says it well: “Marketing is about attracting customers, but most colleges and universities use approaches that are institution focused and not student focused. To stand out in this cluttered, muddy marketplace, colleges and universities need a marketing approach that targets the right student, with the right message, utilizing the right media channels.”

When you’re saying the same thing as everyone else to the same students, “More Cowbell!” (i.e., more of the same, but louder) doesn’t wash. In fact, the only universities with the potential for an Old Spice-like marketing breakthrough are those that have successfully defined their students in a differentiated way. Here are a few examples of traditional institutions:

1) Babson College. Students are would-be entrepreneurs. Brand is entirely bound up in entrepreneurship, which allows for notable marketing. Current campaign is Define Entrepreneurship (define.babson.edu): “The World Needs a New Definition of Entrepreneurship. It’s Being Written Here.” Babson now stands out in the crowded Boston market.

2) Warren Wilson College. Students are focused on the environment and community service. Warren Wilson’s current campaign: We’re not for everyone… but then, maybe you’re not everyone.

3) Middlebury College. Students are interested in language learning and study abroad. Middlebury took advantage of its renowned language programs and now over 50% of juniors study abroad across 90 programs in 40 countries. If you want liberal arts with a global dimension, come to Middlebury. Applications are up and the admission rate has dropped.

While private sector institutions have long recognized they are appealing to working adults, only University of Phoenix has taken the Old Spice step of clearly defining its prospective student. The Let’s Get to Work campaign ties University of Phoenix to employers and employment. “We work with leading employers to learn what you need to learn. So classes impact your career,” says one ad. Another: “We believe that every education – not just ours – should be built around the career that you want. Let’s get to work.” Whether Phoenix programs substantiate this level of differentiation remains to be seen. (The University now offers a career planning tool connected to Phoenix degree programs.) But the differentiation is refreshing and lends itself to a range of interesting marketing possibilities available to no other institution.

So on this holiday weekend, remember that successfully marketing your institution means thinking hard about the students you’re seeking, and then differentiating and declaring independence.

Thanks to Ankit Dhir and John W. Moussach Jr. for their assistance with this Letter.