The Curious Case of Accreditation

I suppose everyone looks back on childhood thinking it was wondrous in some respect. For me, much of the wonder emanated from baseball. Growing up in Toronto with the expansion Blue Jays, I followed the team closely and remember being amazed at many things. For example, the fact the team played in a stadium built for Canadian football. The bleachers started in left field, but then ran straight out for the 110 yard length of a Canadian football field; in right field the bleachers were so far behind the fence that even polite Canadian fans rejected the seats. Or that when the team played poorly, which in the early years was most of the time, fans would bellow “ARGOS” (with an extended “o” sound) after the persistently poorly performing Toronto Argonauts of the Canadian Football League. Or – and this boggled my mind for some time – that the team’s star centerfielder, Rick Bosetti, stated publicly that it was his goal to urinate in the outfield of every stadium in major league baseball.

But my most wondrous baseball memory is from the end of March 1985 when the new issue of Sports Illustrated landed on my doorstep. The April 1 issue featured a story called “The Curious Case of Sidd Finch” by the noted journalist George Plimpton. In it, Plimpton breathlessly revealed that the New York Mets were developing a monk-like prospect who had learned “the art of the pitch” in the Himalayas by “flinging rocks and meditating” and through “yogic mastery of mind-body.” Sidd (full name: Siddhartha) must have flung rocks and studied a great deal under the “great poet-saint Lama Milaraspa,” because he could throw the ball 168 mph. (The fastest recorded speed at the time was 103 mph.) The Mets were nervous because he hadn’t decided to play baseball yet; he was still considering a career as a French horn player. His windup was described by a hitter as “extraordinary contortions [like]… Goofy pitching in one of Walt Disney’s cartoon classics” and he wore only one shoe while pitching: a heavy hiker’s boot. 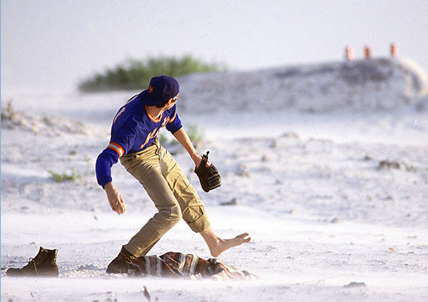 Many grown-ups in higher education are experiencing a similar sense of wonder at recent events involving accreditation. Take a look at the success rates (defined as graduation + transfer to four year institutions) for three different associate’s degree granting institutions:

If you were an accreditor, which institution would you shut down? One would assume College B would be shut down as soon as possible. And perhaps College A as well. The leadership of College C would collect accolades – for example a Gates Foundation Next Generation Learning Challenge grant.

The numbers above are real, but College C is Ivy Bridge College, an online associate’s degree program resulting from a joint venture between Tiffin University and a private company, Altius Education. The Higher Learning Commission recently shut down Ivy Bridge College – after winning that Gates grant in a highly competitive process. So what are the other institutions?

So why did the Higher Learning Commission close Ivy Bridge while the others remain open for business? While we have not yet found articles defending the Commission’s case, the sad story of Ivy Bridge’s closure can be found here.

Rather than lauding Ivy Bridge’s achievements, when Ivy Bridge attempted to obtain independent accreditation, HLC said that while Ivy Bridge had been approved in 2010, the Commission subsequently changed its rules and Ivy Bridge failed to re-apply. Ultimately, HLC forced Tiffin to shut down the college because the “student body, faculty and educational programs are not like the structures” at Tiffin. Based on the HLC staff report, it seems plausible that one motivating factor was concern that independent accreditation for Ivy Bridge could be construed as an “apparent sale of accreditation to another entity.” It may not be a coincidence that Senator Harkin had previously criticized HLC President Sylvia Manning for allowing such transfers to occur. The Ivy Bridge shutdown seems to be a decision that was more politically expedient than correct. 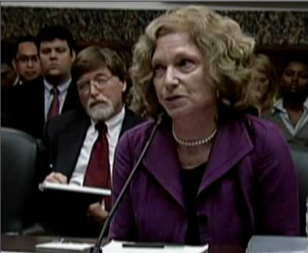 Although Rick Bosetti reached his urination destination (apparent keys to success: doing it during pre-game warm-up and using glove for cover), he is the exception that proves the rule. When we grow up, we learn that, sadly, when something is so wondrous, it’s probably not true. So I was disappointed to learn a few weeks after reading the Sports Illustrated story on Sidd Finch that it wasn’t true. I should have known from the subhead which Plimpton penned as follows: “He’s a pitcher, part yogi and part recluse. Impressively liberated from our opulent life-style, Sidd's deciding about yoga— and his future in baseball." The first letters of these words spell “Happy April Fool’s Day.”

But HLC’s actions are no April Fool’s joke. They happened, and they are displacing thousands of students and resulting in the demise of an institution that was doing a better-than-average job of serving its community. So what we also learn when we grow up is that if something so wondrous and curious is actually happening, it probably can’t continue. That’s the case here. The Department of Education’s recent state authorization rules demonstrate a loss of faith in the current structure of accreditation and represent a logical solution to achieving greater regulation with no additional federal expenditure (i.e., throw it to the states). The same can be said of the President’s value rankings initiative.

It is likely to become an article of faith over the coming years for those focused on student outcomes in higher education that one necessary precursor for substantial innovation – and the deployment of capital required to achieve innovation – is accreditation reform. Rules must be focused on improving student outcomes, not on museum-like preservation of an institution’s historic mission. And application of those rules must be consistent and achieved through a transparent process where decision-makers are experienced, focused and accountable. Compared with the K-12 school reform movement, these goals are much more modest and less controversial. So when innovators join forces with the federal government, which has clearly signaled its desired direction, major change will come to the current system of accreditation. Accreditors will have no choice but to play ball or strike out.

In subsequent UV Letters, we will provide a way of thinking about coming accreditation reform along with some concrete suggestions to get the ball rolling.