This One Goes to 11:
President Obama’s College Tour

“At a time when a higher education has never been more important or more expensive, too many students are facing a choice that they should never have to make: Either they say no to college… or you do what it takes to go to college, but then you run the risk that you won’t be able to pay it off because you’ve got so much debt. Now, that’s a choice we shouldn’t accept. And, by the way, that’s a choice that previous generations didn’t have to accept.” - President Obama, speaking at SUNY Buffalo

President Obama’s college tour last month wasn’t so different from the typical one. He visited a number of colleges back east. And as with other parents, there was a decision to make. For despite the fact that college affordability has been the top higher education priority of his Administration since 2011, recent numbers from the College Board demonstrate no progress:

Not coincidentally, this week we also learned that U.S. higher education enrollment declined by half a million last year – the first decline since 2006.

But rather than decide which colleges Malia will apply to (still a couple years away), the President decided to put forward a three-part plan to address the fact that, unless prevailing winds change, Malia’s classmates will graduate college with debt well in excess of the current average of $26,600:

Many commentators have weighed on this plan and the general consensus seems to be that, as Congress will have to agree in order to effect any real change, there’s more hope than change in it. So in this Letter, we ask what more the Administration could do on its own to make college more affordable. As the President referred to previous generations on his tour, let’s see what previous generations have to say. We’re specifically thinking of several gentlemen whose words (and rockin’ music) continue to resonate for (and deafen) college students today, and whose three suggestions could really help these same students. 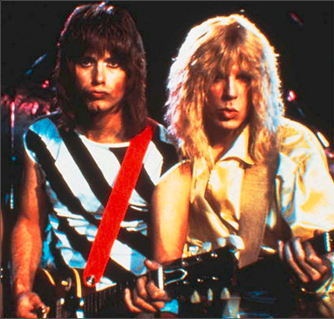 Spinal Tap is a story of learning to live within reduced means. In this case, one of England’s loudest bands launches its first tour of the U.S. in six years at a major New York venue and ends up at Themeland Amusement Park in Stockton, California, second on the bill to a puppet show (although they do have a larger dressing room than the puppets). The reason for their decline? They’re certainly not helped by their manager’s White Album-inspired decision to make their new album entirely black. (“How much more black could this be? None. None more black.”) But it’s mostly that the market has changed underneath them. Kids want to see Duke Fame rather than the musical geniuses behind “The Gospel According to Spinal Tap,” of which a reviewer wrote: “This pretentious ponderous collection of religious rock psalms is enough to prompt the question: ‘What day did the Lord create Spinal Tap, and couldn’t he have rested on that day too?’”

As the Administration recognizes, the market is changing underneath colleges and universities; more and more students are focused on the return on their investment in higher education. Publishing value rankings is an attempt to accelerate this trend. But the Administration could be doing more.

What more? Here’s what Nigel Tufnel has to say:

Marty: If you could not play rock and roll, what would you do?
Nigel: Well, I suppose I could, uh, work in a shop of some kind or... or do uh... freelance... selling of some sort of...uh... product, you know...
Marty: A salesman, you think you....
Nigel: A salesman, like, maybe in a haberdasher, or maybe like a chapeau shop, or something...you know, like: "Would you...what size do you wear, sir?" and then you answer me.
Marty: Uh...seven and a quarter.
Nigel: "I think we have that..." you see, something like that I could do.
Marty: Yeah...you think you be happy doing something like-
Nigel: "No! We're all out, do you wear black?"

If Nigel were no longer able to compose musical trilogies in D minor (“the saddest of all keys”), he’d want to be hired on the basis of his chapeau-selling competency. And David St. Hubbins might follow his namesake (Saint Hubbins, “the patron saint of quality footwear”) into the shoe sector. So while President Obama talked about competency-based learning, the Administration could be doing a lot more to promote competency-based hiring with employers.

Higher education is one corner of a triangle, with students and employers at the other corners. Value rankings may ultimately cause students to push HEIs to change their behavior. But the Administration may have better luck getting employers to pull colleges and universities along. Many employers are chomping at the bit to do so. For example, the Administration could outline safe harbors for employers to utilize cognitive skills assessments in the hiring process and could also help develop data standards for competencies to be shared around the triangle.

Failure to focus attention on employers and competency-based hiring could yield to a Spinal Tap-esque finale for many colleges and universities: unable to attract a domestic audience, they’ll end up on the charts in Japan.

A related point is that competency-based learning is here with the potential to radically improve the affordability picture. The best thing the ED can do in this regard is not to try to pick winners by providing funding, but rather to get out of the way by removing barriers to existing HEIs and new entrants offering competency-based programs.

"David and Nigel are both like, uh, like poets you know like Shelley or Byron, or people like that. The two totally distinct types of visionaries, it's like fire and ice, basically, you see and I feel my role in the band, is to be kind of in the middle of that, kind of like lukewarm water, in a sense."

What Derek is saying is that the band’s personalities establish the necessary foundation for a band to change the world, or at least find the stage. Unfortunately, with regard to the President’s value rankings, the foundation doesn’t exist. As we’ve commented on previously in Moneycollege and other letters, the absence of consistent, reliable data is appalling. A report issued last year by the National Research Council adopted a melancholy tone: “While productivity measurement in many service sectors is fraught with conceptual and data difficulties, nowhere are the challenges – such as accounting for input differences, wide quality variation of outputs, and opaque or regulated pricing – more imposing than for higher education.”

So unless we solve the data problem it’s unrealistic to expect we’ll have meaningful rankings in two years. Either the rankings will be anodyne, or it will take a lot longer than two years to produce metrics that are unobjectionable to HEIs and their supporters in Congress (who’ll have the opportunity to leverage reauthorization of the Higher Education Act to get what they want from ED). Even if it’s only two years, college costs will 10-15% higher still, and the President will be in the last year of his Administration.

The best solution is a federal unit record system, which is currently illegal courtesy of a provision in the 2008 reauthorization of the Higher Education Act specifically forbidding it. In response, the Obama Administration has offered states funding to construct their own longitudinal databases. But ten states with their own databases won’t yield the value rankings the President is promising. Clearly, ED needs to be laser focused on data. And equally clearly, the Administration needs alternatives if they’re going to change HEI behavior. 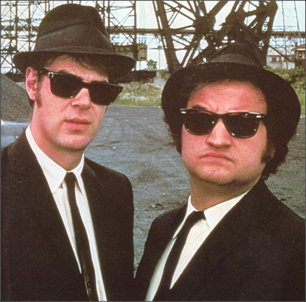 Suggestion #3: Give them Religion

When Jake and Elwood Blues learn that the orphanage where they were raised, St. Helen of the Blessed Shroud, needs to come up with $5,000 in back taxes or the Archbishop will sell the property to the Board of Education, they “slide on down to the Triple Rock [Church] and catch Reverend Cleophis.” It’s at the Church that Jake has a revelation: He needs to put the band back together; he’s on a mission from God.

Over the next few days, Jake and Elwood accomplish their mission on a tight budget (aside from a pricey champagne and shrimp cocktail lunch at Chez Paul, calculated to force Mr. Fabulous, the band’s trumpet player, to quit his job as Maitre D. – “Your daughters. Sell them to me. Sell me your children”). And when they raise the $5,000 for the orphanage with their Rhythm and Blues Review at the Lake Wazzapamani Palace Hotel Ballroom (“Orange whip?”), they use the $10,000 advance from the record executive to pay for their instruments and then give the rest to the band.

Like religiously oriented colleges and universities in days of yore, when you’re on a mission from God, you’re not focused on mammon. But while this was the experience of previous generations, even those colleges and universities that retain religious affiliations are now run by professional managers reporting to boards of alumni and local leaders collectively focused on enhancing their institution’s position.

So when President Obama talks about the for-profit institutions that enroll 10% of students “making out like bandits” as he did on his college tour at SUNY Binghamton, he would do well to spend 10x more time talking about traditional institutions directing tuition dollars to activities that relate hardly if at all to student outcomes. This is particularly important when for-profits like UniversityNow, Udacity and Knewton are leading the way on affordability and innovation. (In his remarks on the tour, the President mentioned Udacity’s partner Georgia Tech and Knewton’s partner Arizona State, but not the private sector players…)

But like the Chicago PD in The Blues Brothers, the President missed the mark. He talked about the revenue challenge facing traditional schools (the drop in state support from 46% of revenues of public universities to 25%) but not about spending – a criticism that may sound familiar to Republicans or anyone who has ever flipped past Fox News. Nevertheless, significant bad spending decisions that unnecessarily boost tuition without helping students obtain a solid return on their investment in higher education are evident on every campus across the country.

Colleges and universities could benefit from some religion and, like Reverend Cleophis James, President Obama could use his [bully] pulpit to help them along. Their mission from God should be focus on learning and student outcomes. Everything else should be as expendable as the 80 cars destroyed during the film. Fear of being named and shamed by this Administration and its allies in Congress (are you listening Senators Harkin, Durbin, Franken, and other Midwestern liberals with names ending in “n”?) could change higher education behavior much faster than the threat of value rankings. Take a look at the changes the “bandits” have undertaken in the past two years since their naming and shaming and you’ll get the idea.

So the next time he tours colleges, President Obama would do well to move from focusing solely on colleges providing terrific value to colleges having terrific values, and providing examples both good and bad. In doing so, he’ll remind colleges and universities why we call it “higher” education.