Alexander Hamilton: Pardon me, are you Aaron Burr, Sir?
I heard your name at Princeton, I was seeking an accelerated course of study
When I got sort of out of sorts with a buddy of yours
I may have punched him
It’s a blur, sir
He handles the financials

Aaron Burr: You punched the bursar

Broadway’s most innovative and exciting production in decades is a Hip Hop take on the life of our first Treasury Secretary, Alexander Hamilton – George Washington’s Right-Hand Man.

Higher education plays a role in Hamilton as indicated in the above exchange where Hamilton meets Burr, in Hamilton’s thirst for education
(I’m gonna get a scholarship to King’s College / With every word, I drop knowledge), and in the play on Bursar / Burr, Sir that occurs throughout the show, prefiguring Hamilton’s ingenious stewardship of the country’s finances. Never before has such great music been made of prudent financial management.

The brilliant duality at the heart of Hamilton is that of Burr and Hamilton. Burr was the grandson of famed revivalist preacher (and Yale graduate) Jonathan Edwards and felt great pressure to succeed:

As a result, Burr refrains from taking action or choosing sides; his theme song is called Wait For It:

I’m not standing still
I am lying in wait

Hamilton is Burr’s polar opposite, unburdened by a legacy of success. The musical is a three-hour answer to the simple, blunt question rapped in its opening number:

How does a bastard, orphan
Son of a whore and a Scotsman
Dropped in a middle of a
Forgotten spot in the Caribbean
By providence impoverished, in squalor
Grow up to be a hero and a scholar?

As Burr notes in Wait For It:

Hamilton’s theme song, My Shot, makes clear that he embodies our early nation:

Hey, you, I’m just like my country
I’m young, scrappy and hungry
And I’m not throwing away my shot

Many students currently enrolled in our colleges and universities can identify with Hamilton. They’re young. They’re hungry. And they probably want to punch the bursar. Many more would be waiting to do the same, but are increasingly steering clear. According to an analysis released last week by the American Council on Education, colleges and universities have seen a significant drop in the proportion of low-income recent high school graduates who enroll.

In contrast, many colleges and universities are more like Aaron Burr, with a sense that they have a legacy to protect; telling themselves they’re not standing still, but rather lying in wait.

One institution with a story nearly as dramatic as Hamilton is Paul Quinn College, a Dallas-based HBCU founded in 1872 by African Methodist Episcopal preachers with a mission to educate freed slaves and their children. Sadly, by 2007, enrollment had declined to fewer than 500 students. A report that year by Boston Consulting Group predicted the school was unlikely to survive another 18 months due to declining enrollment, low stakeholder morale, an almost non-existent graduation rate, the absence of a significant donor base, a history of deficit spending, an audit with more than 30 findings of non-compliance, the lack of a quality academic experience, a fractured Board of Trustees, a poor public reputation, and very serious accreditation issues.

That’s when Michael Sorrell came onboard as President. Young (40 at the time), scrappy and hungry, and as he says, “unburdened by a legacy of success,” Sorrell has spent the last eight years recapturing the early American spirit at Paul Quinn – redesigning the school to produce future Hamiltons.

Sorrell’s “New Urban College” model starts with making the product affordable for students. Tuition was lowered to from $24k to just over $14k, or about the net price students were paying after discounting and write-offs. Then Sorrell and his team assembled the pieces for how students would be able to afford Paul Quinn:

The result is an all-in bachelor’s degree for less than $10k in student loan debt, with employment experience in the student’s field of study – a major leg-up in landing meaningful, remunerative employment to pay off that debt quickly. And Sorrell is not done with affordability. Paul Quinn has implemented a summer bridge program for freshmen in order to capture a prior year of Pell for students and help them graduate early, thereby reducing debt even further.

Sorrell also focused available resources on producing a return on investment for students. The first casualty was the football team into which the school was dropping about $1M each year. Resources were refocused on faculty and student recruitment, academic programs and a suite of student services that put the student at the center, including employer partnerships for the student work program. An important element for Sorrell was establishing meaningful values for the institution and incorporating these values into the life of the college via a dress code, not differentiating between faculty and staff, and an urban farm (appropriately built atop the former football field) to feed students and the surrounding “food desert” community. Employers are enthusiastic about the values they’re seeing in Paul Quinn students.

What Sorrell’s New Urban College has accomplished is remarkable. Admissions standards and retention have improved substantially. Enrollment has skyrocketed – the school had a waiting list for the first time in history last fall, and Sorrell expects enrollment to reach the target of 2,000 before long. The school has run an average annual surplus of $1.8M over the last three years. Donations have rolled in and funded $7M in infrastructure improvements without increasing debt.

Equally important, the mood on campus is unrecognizable from a decade ago. As NPR reported earlier this year, “Visiting Paul Quinn feels less like hanging out on a college campus than it does visiting a particularly effective company that is totally nailing its employee morale workshops.” Ironically, at Paul Quinn College, students feel connected and cared for in a way that they don’t at institutions that allocate an order of magnitude more resources per student.

Responding to the phenomenon that students of all races are now racing to enroll at Paul Quinn, Sorrell points to a saying he frequently uses, and which is repeated by students and staff across campus: “You can be our kind and not be our color.” Such is the spirit of Hamilton, with the most diverse cast in Broadway history recapturing the feeling of what it must have like at the time of America’s founding: Look around, look around at how lucky we are to be alive right now.

How did our colleges and universities become less like vibrant Alexander Hamilton and more like sclerotic Aaron Burr? Every institution pursues excellence and, unfortunately, our isomorphic system makes “legacy” a byword for excellence, as indicated by college rankings that might as well be based on age. Like Burr, every school is therefore burdened by a “legacy of success” and resists dramatic change – a role ably reinforced by the current system of accreditation.

Over the coming years, more and more institutions will find themselves scrappy and hungry for students and figure a way to overcome their legacy. In so doing, they will take risks and produce students of genius. In time, Sorrell may be able to shorten his “New Urban College” to “New College” (because eventually, it’s the form all institutions will take).

1. It Starts with the Mission Statement University World News columnist William Patrick Leonard suggests institutions on a non-sustainable financial trajectory consider radically focusing their missions. The mission statement may be the place to start a slimming down process with the goal of better aligning expenses with more likely income streams. With a focused mission statement guiding cost conscious institutions, program profitability should become a greater possibility. Read more 2. Doing Less, Better Milwaukee Journal-Sentinel report on University of Wisconsin-Milwaukee’s plan to solve $40M deficit by doing less, better, by Karen Herzog. Among the possible scenarios being discussed: Increasing faculty workloads and merging schools and colleges to condense the number from 14 to six. For example, the College of Health Sciences, College of Nursing and new Zilber School of Public Health potentially could merge to achieve economy of scale and reduce duplication of courses. Read more 3. Revolution in Credentials Wall Street Journal article on the emergence of new digital credentials, attempts to organize them, and what it may take to get employers to value them, by Lauren Weber. Employers’ search for hires with up-to-the-minute technical and digital skills has given rise to a boom in online classes and tutorials… But those new credentials don’t carry much weight in hiring yet, recruiters say, because managers don’t trust or recognize many of the companies and organizations behind the badges and courses. “This market is basically chaos,” said Anthony Carnevale, director of Georgetown University’s Center on Education and the Workforce. Read more 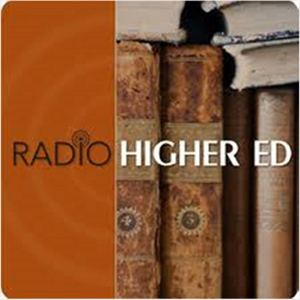